The Marble Bar Lithium Project (MBLP) is located 150km south-east of Port Hedland and 15km north-west of Marble Bar in the Pilbara region of Western Australia.

One of the world’s major hard-rock lithium provinces, the region hosts the world-class Pilgangoora (owned by Pilbara Minerals Limited, ASX: PLS) and Wodgina deposits (owned in joint venture between Albemarle and Mineral Resources Limited, ASX: MIN). The MBLP exhibits spodumene bearing pegmatite intrusives within the project area greenstone, which is a similar geological setting to that as seen in those nearby lithium deposits.

The MBLP is located in a well-established mining region with access to infrastructure. The sealed Marble Bar Road that connects Port Hedland to Marble Bar traverses the tenement area.

Within the MBLP, Global Lithium has to date focused on exploring the Archer deposit, which comprises a swarm of spodumene bearing pegmatites over a 3km by 1km zone. In June 2020, the company reported a maiden JORC 2012 Inferred Mineral Resource of 10.5 million tonnes at 1.0% Li2O following three reverse circulation (RC) drill programs.

In July 2021, Global Lithium expanded MBLP by completing the acquisition of tenements E45/4669 and E45/4724 immediately south of the Project. The tenements became part of MBLP, almost doubling the size of the Company’s landholding.  Tenements E45/5843, E45/5812 and E45/5748 to the east of the Project were all granted by year end.

In September 2021, Global Lithium commenced a 10,000m RC drilling program at the MBLP to further test lithium mineralisation ­– the third campaign in four months. The program included field work and collection of soil samples in the newly acquired tenements to the south of the Archer deposit.

The Company’s Q1 campaign in 2022 is planned to comprise approximately 60,000m of RC drilling. This broader program will build the success of recent programs and thoroughly test the extent of the mineralisation contained within the greenstones to the south of the Archer Deposit.

Outside of the Archer deposit, opportunity exists for discoveries across the broader MBLP area.  Much of the area is covered with a thin layer of sediment, particularly in the Brockman Zone in the east of the project area.  The Company has identified outcropping pegmatites over 2km from the current Archer area that have yet to be followed up.

Global Lithium also plans to undertake exploration activities outside areas of known mineralisation, including additional drilling, on additional identified lithium, gold and base metals targets within the MBLP. 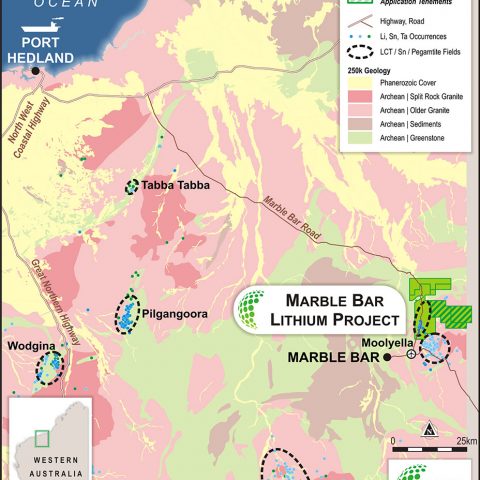 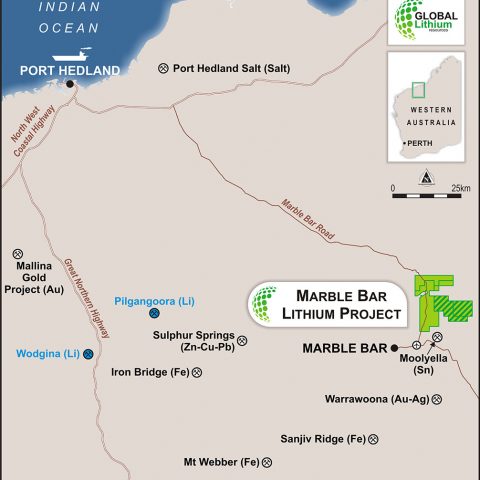 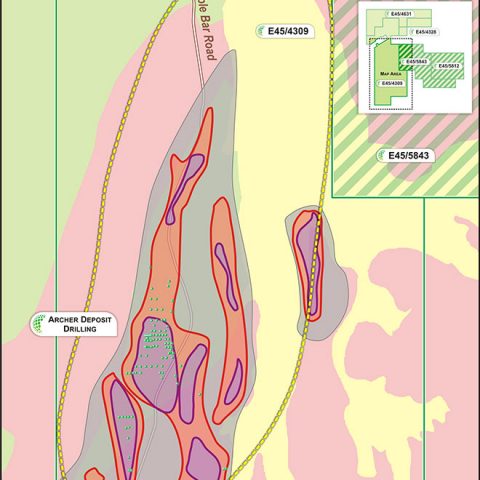